Web's No.1 Soccer
Coaching Specialists Since 2001 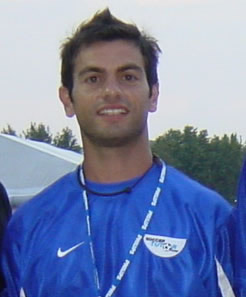 George played for West Ham United FC where he really developed as a player.

George's 5 year stint at West Ham ended with a move to nearside neighbours, Leyton Orient FC, for 2 years. George then spent the next year playing in Greece (Kastoria FC) and Cyprus for Anorthosis Famagusta FC winning the league championship in his final season.

Having gained the necessary qualifications, George's coaching career started in the United States for Major League Soccer Camps (MLS), Tampa Bay Mutiny and Miami Fusion. At the same time George was running his own coaching school for 3 years based in St. Petersburg and Tampa, Florida.

Then one late restless night something happened! An idea entered George's mind, that idea and vision was SoccerTutor.com. George's next move to return home to the UK with the ambition of creating the worlds best resource for Football coaches. The rest as they say is history! 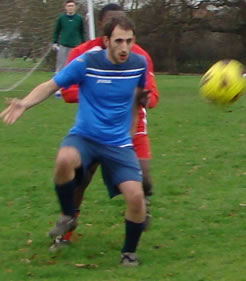 Alex has been with SoccerTutor.com since 2011. His skills are perfectly suited to his role in customer service and as Content Editor for our educational football coaching products.